What's Up and Coming? 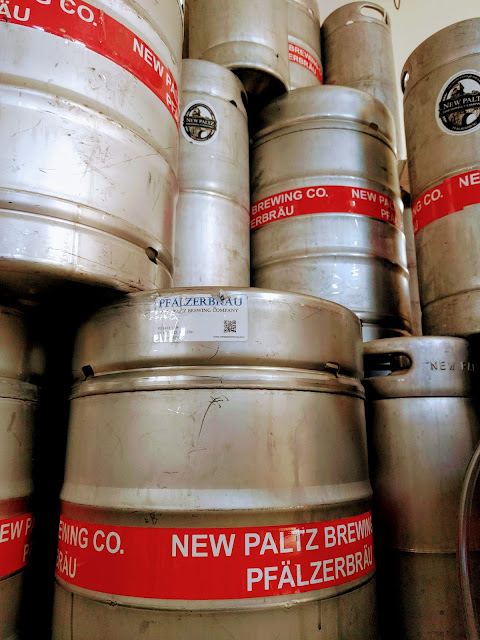 In effort to keep from long lines and the small taproom space from filling up, I actually hate to write this article and tell people about this hole-in-the-wall brewery; but the brewery deserves every bit of attention on the New York Beer Trail Map for the most serious craft beer connoisseur. After opening taproom doors just over two years ago, I have yet to taste a beer from this German themed brewery I won’t like. The proof in the six (6) hanging medals on their wall says it all. 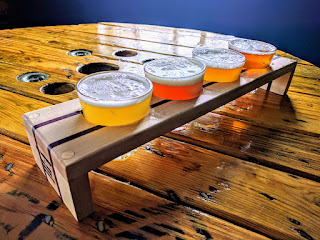 Since getting established, I have watched this up and coming brewery make a big impact that seems to catch the attention of other breweries scrambling to out compete and brew up the next “big thing”, and you may ask how? In an era of hoppy bitter beers, this brewery has yet to have more than two hoppy beers on their menu. Nothing seems more than one Pale Ale style beer at a time. The rest of the beer menu is filled with Lager style beers, like a well-made handcrafted Oktoberfest Lager, or a delicious dark, malty true-to style Bock beer. A friend of mine introduced me to them as they started as one of the very few breweries in New York State that can make a pretty good example of a true-to-style Hefeweizen, which originates as a German wheat style ale. It is a rare style of beer that only a handful of breweries in the world can artfully master. This style is of the most complicated beers to brew. And this small gem of a brewery hits it on the head. The traditional Hefeweizen beer is the opposite in bitterness as compared to an IPA. This beer style focuses less on hoppy aromas, but more on the special delicate yeast that speaks out a pronounced taste. The yeast esters bring out a banana and clove flavor, something I catch many breweries typically fall short on. 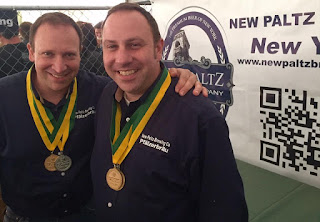 The Pfälzerbräu Brewery (named after “Brewery of the Pfalz” region in Germany) started as two brothers Jeffrey and Heiko Giesberg; they are first born Americans from German parent immigrants and Holocaust survivors. They wanted to bring the experience of what a fresh handcrafted German beer tastes like without having to travel overseas. The Southern Catskill Region of New York seemed the perfect location. Heiko went back directly to Germany to expand learning formal commercial brewing techniques. This brewery self-focuses and demonstrates their passion in every beer they make. I see this brewery breaking into more and more attention in the underground beer scene. 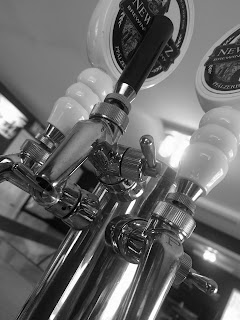 This past Christmas Holiday season 2018, I finally had another chance to visit the New Paltz Brewing Co. with my companion. The taproom was filled with local and international tourists visiting. As for beer, not only did they have a traditional style Hefeweizen, they had two more renditions of that style. A classical Rauchweizen, which is a rare-to-find smoked tasting version of the Hefeweizen. Smoked grains are incorporated to balance off a fruity banana/clove tasting beer. Sounds odd? But it blends very well in taste. How about trying a hint of pepper? The aromas are amazing in their Hint of Heat Hefeweizen.  A balance of habaneros and jalapeños that at first, sounded to immediately want to turn me away, as I hate most any slight spicy food. This beer is just that, a hint of heat. A very drinkable beer that is not that spicy at all. It gives way to a true value of beer, which gives you a drinking experience that incorporates a slight pepper heat with the typical Hefeweizen banana and clove. After waiting almost an hour, I could see why so many customers were in line for cans of this specialty beer to bring home for their holiday dinners. 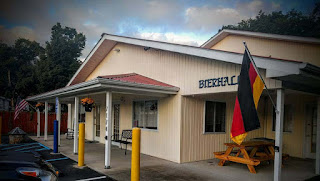 The brewery taproom is not in the actual town of New Paltz, so don’t bother sitting in that downtown traffic to get to this brewery. The brewery can’t even meet demand for much outside sales at bottle shops and restaurants. You will have only one choice, but to go and try them in-person. They are located on Route 209 in the town of Wawarsing, NY by Ellenville.  This is the same historical town that the famous Nevele resort attracted many families to enjoy vacationing at. If you love mountain biking at the popular Lippman Park, or want a great family excursion to check out the hiking trails, waterfalls and Sam’s Point mountainous views, you will want to make this true craft brewery a definite go-to hot spot. Check for taproom visiting hours on social media before trekking out, as they are a family-type business. 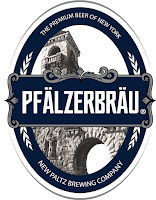 
Written by Jeremy Moore; Jan 2019. Jeremy is an avid researcher, writer and blogger of international craft beer. For over 30 years, Jeremy has toured and written on artistic and historical handcrafts including beer making, wine, spirit and other arts. In addition to craft beer, Jeremy enjoys photography, graphic design, music and fine art activities.
at January 03, 2019

What's Up and Coming?